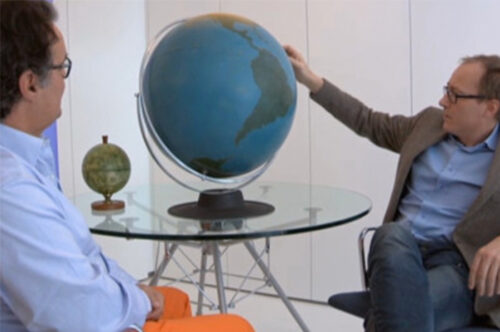 We’ve just completed some filming for a new TV show which will be broadcast on BBC2 next year.

Besides discussing Pascal’s collection of ‘modern antiques’, Andrew sold him an amazing American military globe dating back to the time of the Cuban missile crisis.

The TV show is called ‘Auction Hero’ and is due to be broadcast in spring/summer 2013.